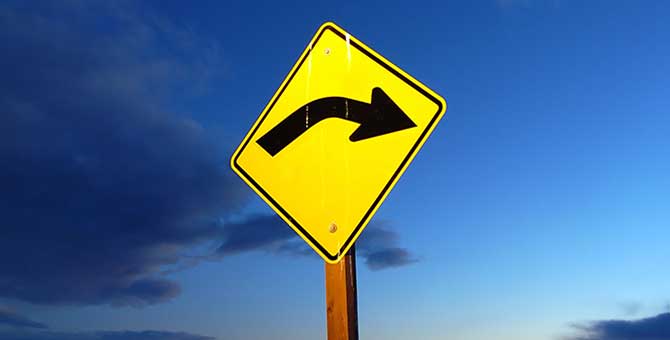 What impact does it have on your pricing strategy?

For those unfamiliar, a yield curve is a line plotting notes’ and bonds’ interest rates over a range of maturity dates. These notes and bonds must have the same credit quality. The maturity dates range from three months all the way to 30 years. Of interest are U.S. Treasury Notes with maturity dates of two and ten years.

A normal or sloped up yield curve shows longer-term yields exceeding that of shorter-term ones. This is considered “normal” because longer-term debt means exposure to more risks. Therefore, the market expects more yield. Also, investors of longer-term notes and bonds have their money locked up longer and expect more compensation. The converse is true for shorter-term debt.

Why is an inverted yield curve important?

You may have heard the news that the yield curve was inverted. This means shorter-term yields exceed that of longer-term ones. Starting on December 4, 2018, there were several days in December where the shorter-term two-year Treasury yield crested the five-year yield (but not the ten-year yield). You may have also heard that an inverted yield curve is thought to be one of the best predictors of an upcoming recession.

(Update: In March, 2019, the three-month Treasury yield crested the ten-year for several days.)

According to the Federal Reserve Bank of San Francisco Economic Letter dated March 5, 2018, “Every U.S. recession in the past 60 years was preceded by a negative term spread, that is, an inverted yield curve. Furthermore, a negative term spread was always followed by an economic slowdown and, except for one time, by a recession.”

There is of course, much more to that statement. Analysts put less weight on five-year yield over the two-year.  The primary yield curve metric is the ten-year Treasury yield over the two-year.  Their rates were never inverted in December.  Some analysts argue that the economy is constantly changing, and past metrics may not apply. Other economic indicators remain positive, such as the Purchasing Managers’ Index (PMI) for manufacturing and service sectors.

While you can certainly debate of when an economic recession will occur, there is no debate that recessions do and will occur. The current economic expansion is one of the longest ones on record. The question then becomes what pricing strategies do you adopt if a downturn should occur? We will explore this further in upcoming blog(s).

Posted in Blog
← Devon Self Storage: Realizing the Benefits of VRMSA Self Storage Pricing Methodology →